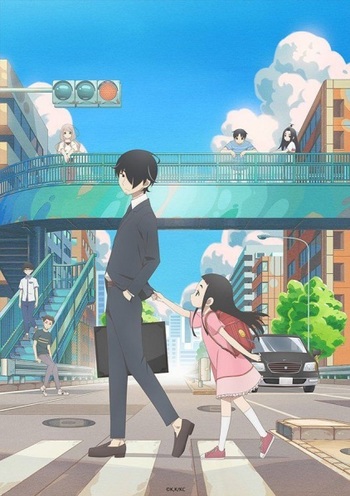 Kakushigoto: My Dad's Secret Ambition, frequently shortened to just Kakushigoto, is a manga series by Koji Kumeta that was serialized in Monthly Shonen Magazine from December 5, 2015 to July 6, 2020.

Kakushi Goto is the single father of the precocious Hime Goto. While Kakushi loves his daughter dearly, there's one secret that he will never reveal to her. He tells her that he's a salary man and dresses the part, but once out of sight, goes to his real job — as a manga artist known for mature manga. Hijinks ensue as he tries to juggle keeping his secret and being what he considers a good father to Hime.

An anime adaptation by Ajia-Do began airing in April 2020. Funimation handles its English release and localization.