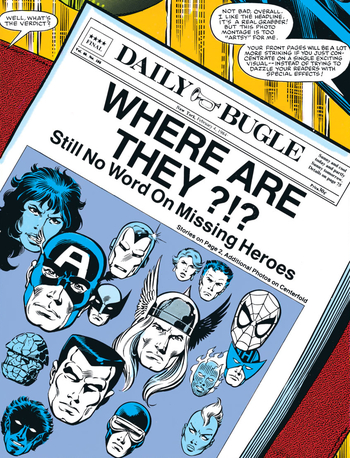 The inverse of Can't Drop the Hero— Rather than the game forcing you to use Bob at all times, the game makes you pick someone other than Bob to be the hero for one reason or another. Popular storyline reasons include Bob going missing, being incapacitated, or just not being allowed in whatever town the rest of the group is going to.

Forcing Bob out of the party can lead to serious issues if your team always consisted of Alice, Bob, and Carol and you never leveled up anyone else—Now Dave, who is at level five, has to try to fight level fifty monsters ...poorly.

See also And Now for Someone Completely Different if Bob's time as the main character simply ends because his story is over. Expect spoilers ahead.