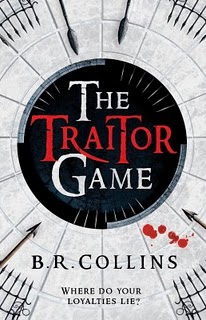 After being bullied, Michael changes schools. The incident — and his mother's inaction in the face of it — makes it hard for him to trust people again, but this changes when he meets Francis. Francis is a cool and tall redhead who, instead of making fun on him, joins Michael in a game of make-believe, creating a fantasy land called Evgard and its capital, Arcaster. Both boys keep their world hidden safely in a locked box, in the form of maps and poems. Until, of course, Michael gets an anonymous note in his locker saying I KNOW WHERE ARCASTER IS. Fearing that Francis has betrayed him and their secret, Michael decides to take revenge.

The book alternates between Michael and Francis lives in reality (in third person, in Michael's POV) and in the Evgard from Michael's imagination (in first person), where they're known as Argent and Columen, a slave and the Duke's son, involved in an ongoing war between their peoples.

This novel provide examples of: