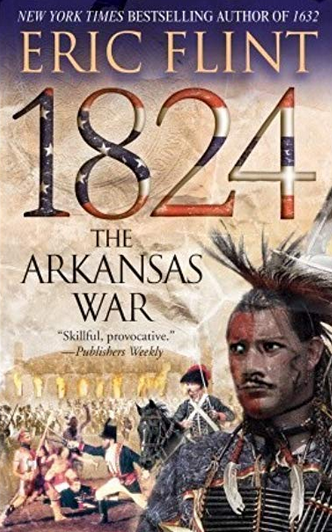 An Alternate History by Eric Flint, the Trail of Glory novel series covers a United States that diverges from its original history at the start of the War of 1812, covering an area from the Canadian border in the north, New Orleans in the south, where the war's final battle was fought in 1815, and in the sequel from the US east coast to west of the Mississippi River.
Advertisement:

After Baen Books picked up the series contract from Del Rey, two more books have been planned for the series, but as of June 2011 no publication date is known for the other two novelsnote the tentative title for the third novel in the series is 1826: Oklahoma Burning, as per a comment by Flint on the Baen's Bar forum, and nothing of the story has been written.