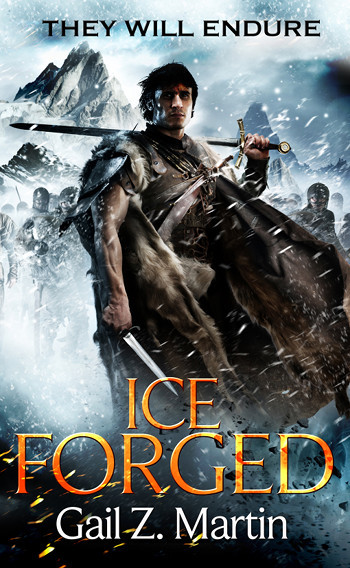 After murdering his father for raping his sister, Lord Blaine McFadden of Glenreith is sentenced by King Merrill of Donderath to transportation to the Penal Colony of Velant. Taking the moniker "Mick" among the prisoners and discarding all trappings of lordship, he survives his three years' hard labor in the prison and earns a measure of freedom, carving something resembling a life out of the near-frozen wilderness of Edgeland with his friends and fellow convicts Verran, Piran, Kestel, and Dawe.

Meanwhile, back home, Donderath's war with neighboring Meroven is not going well. The network of alliances between the four Ascendant Kingdoms has brought on a world war, and King Merrill's advisers worry that Edgar of Meroven means to use his mages to win the war. They're right, but Meroven's Fantastic Nuke Goes Horribly Wrong: Donderath's noble houses are obliterated (for sound military reasons), but because control over magic was itself bound to their bloodlines and castles, civilization collapses across the entire Continent and The End of the World as We Know It ensues.

And Blaine McFadden finds himself, by the fluke of his exile, the only surviving Lord of the Blood able to re-anchor the magic.

The series is available in both physical and major e-book formats. There is also a King's Convicts sub-series of e-books detailing Blaine's misadventures in Edgeland during the six-year Time Skip at the start of Ice Forged.