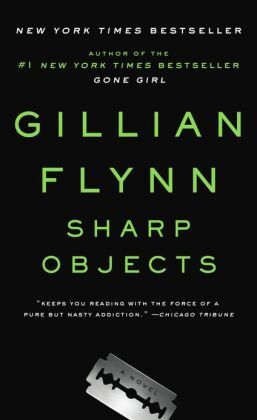 This family isn't nuclear. It's toxic.
Sharp Objects is the debut novel by Gillian Flynn. The plot revolves around Camille Preaker, a journalist sent to investigate a potential serial killer in her hometown after the disappearance of two little girls. As she is forced to reconnect with her estranged mother and precocious half-sister, Camille comes to suspect that her family is somehow involved with the case.
Advertisement:

The novel was adapted into a miniseries by HBO, with Amy Adams starring as Camille. The series aired from July 8, 2018 to August 26, 2018.