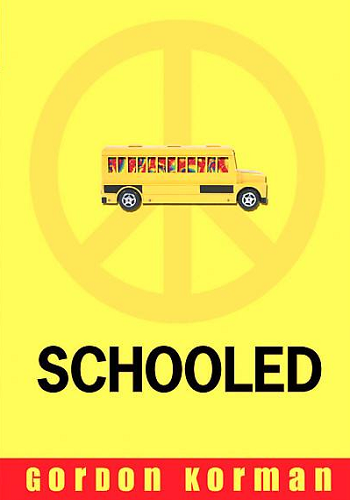 Schooled is a 2007 novel by Gordon Korman.

Capricorn "Cap" Anderson has grown up all his life in Garland, a hippie commune that has seen better days. He and his grandmother Rain continue to live a life of tranquility and simplicity, keeping the 60s alive.

At least until Rain breaks her hip while picking plums.

Young Cap is taken from his quiet life in Garland, and goes off to live with a social worker and her bratty daughter.

Things don't improve for him much in Claverage (nicknamed "C Average") Middle School where his bizarre appearance and customs make him into an outcast among his peers. But despite his circumstances, Cap may turn the school on its ear.

The novel was praised and received a Young Reader's Choice Award in 2010.

No relation with the 2019 spin-off from The Goldbergs.