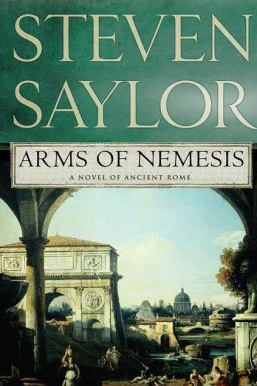 A typical cover.
A series of historical novels written by Steven Saylor taking place in the last days of The Roman Republic and eventually covering the period of Julius Caesar. They start out as mysteries taking place in ancient Rome, featuring a gumsandal named Gordianus, who calls himself "Gordianus the Finder." Eventually they get more into political intrigue as well.
Advertisement:

The books in reading order. Publication dates given in parentheses: