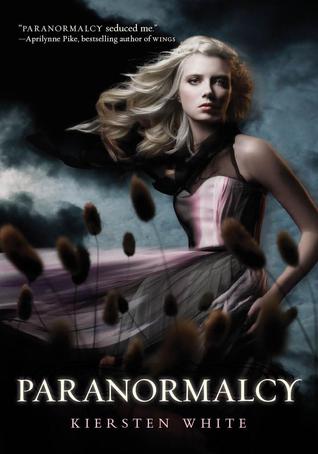 "Evie's always thought of herself as a normal teenager, even though she works for the International Paranormal Containment Agency, her ex-boyfriend is a faerie, she’s falling for a shape-shifter, and she’s the only person who can see through paranormals' glamours.

But Evie's about to realize that she may very well be at the center of a dark faerie prophecy promising destruction to all paranormal creatures.

So much for normal."
—Amazon
Advertisement:

In the sequel Supernaturally, Evie finds that normal life is boring after her exciting life at the IPCA as well as finding herself in yet another Faerie plot.

In the third and final book, Endlessly, Evie's paranormal past keeps coming back to haunt her. A new director at the International Paranormal Containment Agency wants to drag her back to headquarters. The Dark Faerie Queen is torturing humans in her poisonous realm. And supernatural creatures keep insisting that Evie is the only one who can save them from a mysterious, perilous fate.