Literature / Over The Hills Of Green 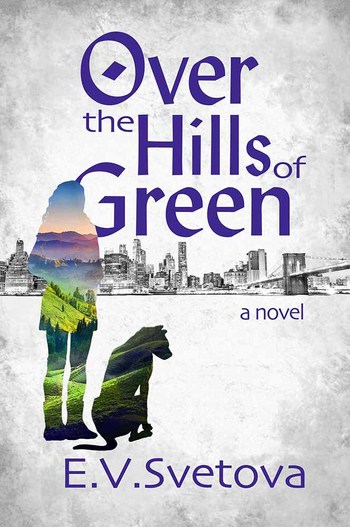 Over The Hills Of Green is a Speculative Fiction novel by EV Svetova. It is the second book in The Green Hills trilogy.
Advertisement:

Anna Reilly, a young cognitive psychology intern at a New York City hospital, is assigned a charismatic patient who may be delusional, or may quite literally come from the Otherworld of her suppressed childhood nightmares.

Driven to solve the intriguing case, Anna tries to unwind the thread of John Doe’s story, but instead becomes entangled in an uncertain relationship that challenges her sexuality, sanity, and her very sense of reality. Anna’s professional and personal life comes undone, leaving her unsure whether she is expanding her mind or losing it, and whether the androgynous John is a mystical guide or a psychopathic con artist. Finding the truth will either provide her with the keys to the mysteries of the universe or complete her break from reality.

The novel exists at the intersection of several genres, including literary fiction, fantasy, romance and mystery, alternatively utilizing and deconstructing recognizable tropes specific to each of the genres; may demonstrate Genre-Busting.

Over The Hills Of Green provides examples of: