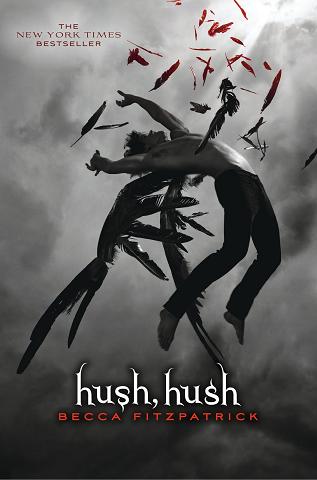 Hush, Hush is a Paranormal Romance by Becca Fitzpatrick. It tells the story of Nora Grey, a perfectly normal high schooler who dreams of getting a scholarship to Harvard or Yale and is not interested in dating. All this is forgotten when Patch enters the picture. As is to be expected, they end up in a relationship together. This is accompanied by various frightening events happening to Nora, including a person in a ski mask attacking her several times, someone peeking in her bedroom window, and someone ransacking her bedroom, and it looks like it's the work of Patch. Or is it?

The series currently consists of four books (Hush, Hush, Crescendo, Silence, and Finale). There is also a graphic novel in the works.

Tropes present in the work: