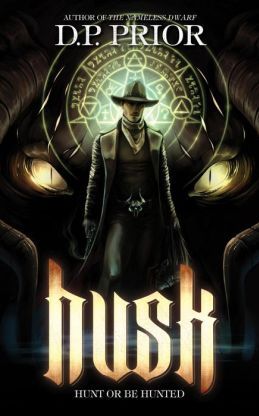 Hunt or be hunted.
Advertisement:

Husk is a Fantasy Western by D.P. Prior and published by Ragnarok Publications.

Jebediah Skayne has been hunting husks his entire adult life, but there's something different about the trail leading to the fishing town of Portis on the shores of the Chalice Sea: no spoor, no footprints; nothing save the unmistakable feeling of wrongness. Finding a husk in Portis would be near impossible for someone who didn't have the sixth sense, but the instant Jeb arrives, all trace of the incursion vanishes. Forced to rely on more mundane methods of investigation, he starts to uncover a town rife with corruption, where a man will kill you for looking at a woman the wrong way; a town that's seen its share of incursions from the land of nightmares before.

As events start to slip from his control, he realizes the husk he's come to kill is one step ahead of the game, and it holds a secret that will shake his world to the core.