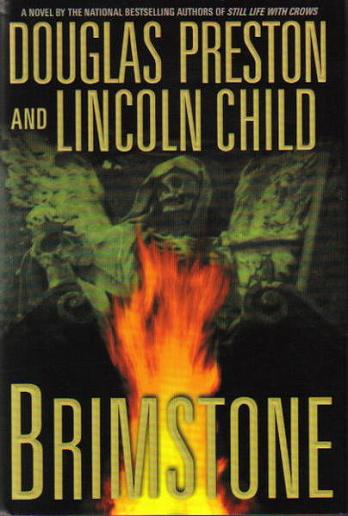 "The cloven hoofprint burned into the floor told her everything she needed to know. The devil had finally come for Jeremy Grove."
Advertisement:

Brimstone is a novel by Douglas Preston and Lincoln Child first published in 2004. It is part of their informal Agent Pendergast series and the first novel in the Diogenes trilogy.

A string of murders among the wealthy and elite draws Pendergast to investigate. When the cause of death seems to be burning from the inside, and satanic images appear at the deaths, people begin to wonder if the devil really has appeared in modern day New York and is collecting his dues.