Literature / The Brotherhood of the Black Flag 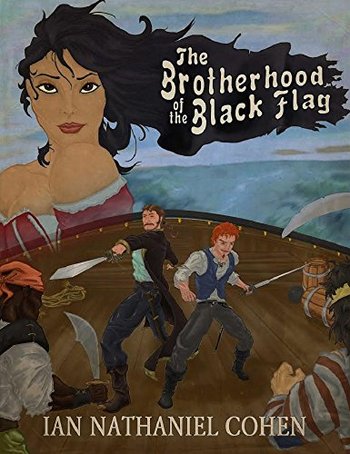 The Brotherhood of the Black Flag is a 2017 historical thriller by Ian Nathaniel Cohen. Set in England, 1721, it tells the story of Michael McNamara, a former British naval officer forced to emigrate to Jamaica to seek his fortune after his expulsion from the navy. He soon meets up with Captain Stephen Reynard, a notorious pirate turned pirate hunter as part of a quest for redemption, and the lovely Dona Catalina Moore. As a member of Reynard's crew, McNamara faces off against hazardous seas, untrusting shipmates, and bloodthirsty pirates...and finds himself ensnared in a conspiracy that threatens thousands of lives.