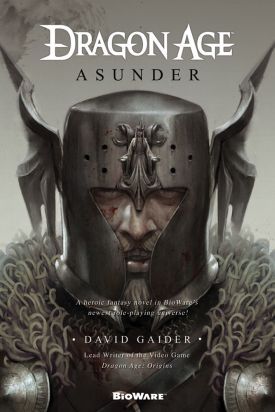 Dragon Age: Asunder is the third novel in the Dragon Age series. It is set in Orlais shortly after the events in Act 3 of Dragon Age II, but before Varric's interrogation, and expands upon the Mage-Templar conflict.
Advertisement:

A mystical killer stalks the halls of the White Spire, the heart of templar power in the mighty Orlesian Empire. To prove his innocence, Rhys reluctantly embarks on a journey into the western wastelands that will not only reveal much more than he bargained for but change the fate of his fellow mages forever.