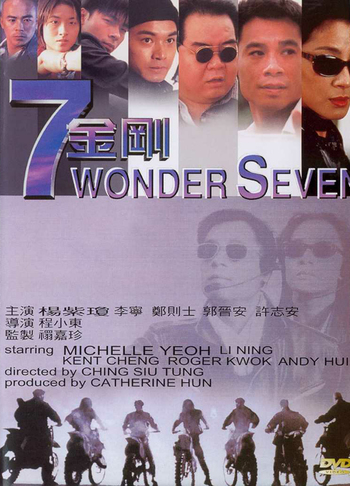 Jeffrey (Ning) is an orphan, raised with six fellow friends in the orphanage, consisting of his best friend Chiu-yan, the eldest Nanny, the sole female Tiny Archer, the bald-headed Monk, buddies Steelbar and Dragon, where they call themselves the Wonder Seven - a team of seven vigilante bikers who assists the police in fighting crimes. Considering each other as close as family, the seven has been through thick and thin, until an eventful encounter with the mysterious Ying (Michelle Yeoh) may jeopardize their relationship.