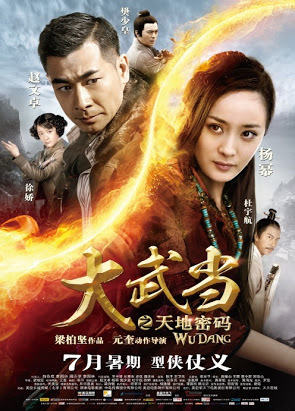 A 2012 Wuxia film directed by Patrick Leung, starring Vincent Zhao and Louis Fan, about a pair of thieves using a martial arts competition to steal seven treasures from the legendary Taoist temple at Wudan Mountain.