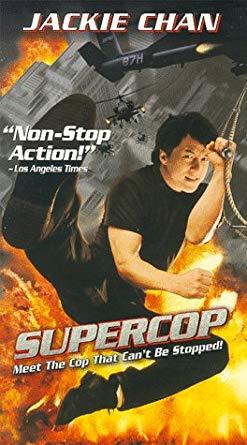 Originally known in Hong Kong as Police Story 3, it was renamed and released in the U.S. in 1995. Jackie Chan stars as Kevin "Supercop" Chan of the Royal Hong Kong Police, assigned to a dangerous mission for the DEA to stop a drug lord. His assignment takes him to mainland China, where he teams up with Captain Jessica Yang (Michelle Yeoh), and the pair infiltrate the inner circle of the notorious Chaibat, bickering and kicking ass along the way.