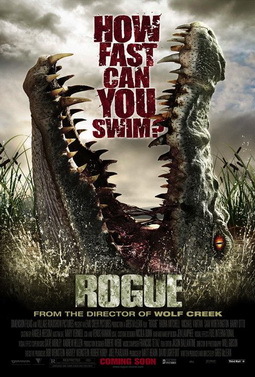 How fast can you swim?
Advertisement:

In the Australian outback, a group of tourists join a river cruise for crocodile watching. But when responding to a distress signal, a 25ft saltwater crocodile attacks them and forces them on a small islet in the middle of the river. With the tide rising, they are forced confront the monstrous crocodile if they want to survive.

Swim through these tropes: