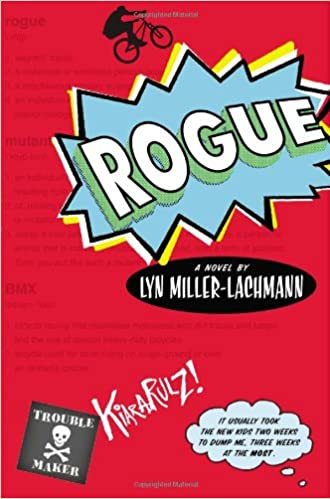 Rogue is a 2013 young adult novel by Lyn Miller-Lachmann.
Advertisement:

Kiara Thornton-Delgado, an eighth-grader with undiagnosed Asperger's, has never been able to keep friends, and now she's been kicked out of school for fighting back against a bully. When a boy her age, Chad Elliott, moves in across the street, she hopes he can be her first real friend. She's so desperate to make him like her that when she learns his family's secret, she agrees not to tell anyone.