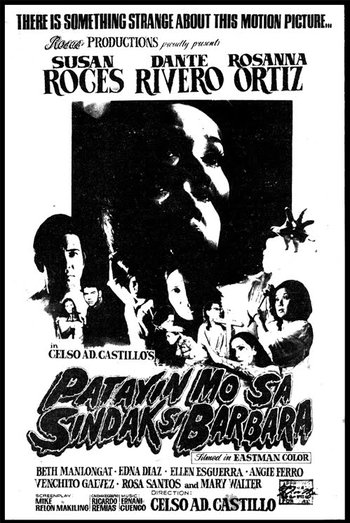 Barbara returns home from abroad after news has reached of her sister Ruth's unexpected passing. After the funeral, she goes to stay with her brother-in-law Fritz and distraught young niece Karen in the family's large mansion, which Barbara forfeited her rights to after the passing of her parents. A flashback shows that Fritz and Ruth had a troubled marriage. After hearing from a psychic that her husband is being unfaithful, Ruth confronts him. He denies it but refuses to swear before a cross. In a jealous rage, she commits suicide and haunts the household through a doll to exact revenge on everyone who wronged her.

The movie was remade in 1995 and as a TV series in 2008. The 1995 version starred Lorna Tolentino and is more well-known than the original. This page, however, is strictly for the 1974 version only. Aside from turning Barbara and Ruth into stepsisters, the story mostly remained the same as its title, which simply removed the "Mo"note (a second person adjective, so the original title sounded like it's asking YOU, specifically, to kill Barbara with panic). Two very minor changes. Hence, the title is mostly referred to as Patayin Sa Sindak Si Barbara.