Film / A Bay of Blood 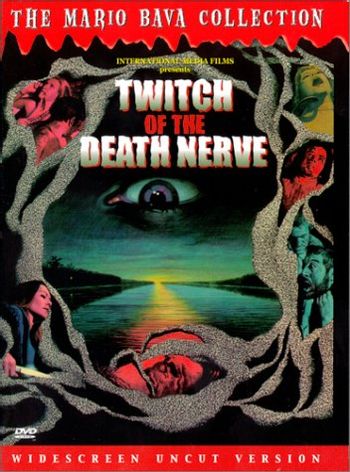 A Bay of Blood, AKA Twitch of the Death Nerve, is a 1971 Giallo film by Mario Bava. Designed as a comeback film after he lost his distribution deal with American International Pictures, Bava effectively created a film that has served as the blueprint for the Slasher genre of horror, with many of its sequences copied by other horror films (most notably Friday the 13th and Friday the 13th Part 2).

The film's plot is a convoluted Whodunnit as people begin dying left and right during the course of a long weekend at the lakeside home of an elderly heiress. There are multiple murderers at work, as a slew of shady characters (and a quartet of sex-obsessed teens) end up dying in horrific fashion. There is also a surprise ending that will shock you...