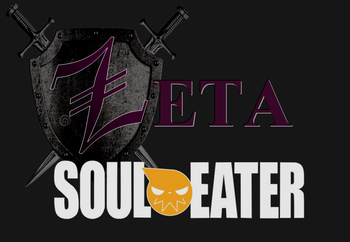 Absit Invidia
All tales have a beginning, impacting the future more than anything else.. The sands of time each carry a fragment of the past within each individual grain. So long as memories exist, the beginning shall never ebb into the cold and unforgiving seas of mystery. All tales revisit their beginning... This one is no exception.

that can be found here

. Soul Eater Zeta is a prequel to Soul Eater: Troubled Souls and one (albeit fanmade) to the Soul Eater series itself, set 23 years in the past.

The story begins on Monday, March 1st during a day of orientation for new students. Among them is a young girl named Kami Okubo, who begins to meet new people as soon as she finishes her first steps up the Academy’s infamous staircase. However, her first day isn’t all sunshine and rainbows. Right in the middle of it, an incident revolving around “The Bloody Shield” happens, and it seems a group called The Zeta has started to become active.

is supposed to help explain and/or expand upon stuff that may be glossed over in the story itself.

This fanfic is divided into the following story arcs: