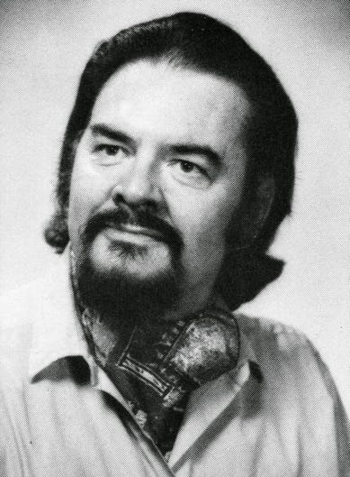 Randall Garrett (December 16, 1927 – December 31, 1987) was a prolific SF author and inveterate punster, who wrote under a bewildering variety of pen names, including David Gordon, Lou Tabakow, Ivar Jorgenson, Darrel T. Langartnote (an anagram of his own name), Jonathan Blake MacKenzie, S. M. Tenneshaw, and Gordon Aghill, as well as his own name. He claimed to need the pseudonyms so that magazine editors could publish more than one of his stories in a single issue. In one two-year period, he sold over eighty stories, many in collaboration with Robert Silverberg.

His solo work notably includes the Lord Darcy series of detective stories set in a gaslamp fantasy alternate history. He wrote many parodies, such as the Lensman takeoff "Backstage Lensman", which were collected in two volumes as Takeoff! and Takeoff! Too.

His collaborations include the Psi-Power trilogy (with Laurence Janifer, as "Mark Phillips"), the Nidor series (with Robert Silverberg, as "Robert Randall"), and the Gandalara Cycle (with Vicki Ann Heydron).

He was a founding member of the Society for Creative Anachronism and active in SF fandom, renowned for his Falstaffian personality and love of puns. Several well-known writers documented some of the more printable stories of Garrett (and Garrett stories) in the tribute collection "The Best of Randall Garrett" edited by Silverberg and released not long before Garrett's death.

Works by Randall Garrett with their own trope pages include:

Other works by Randall Garrett provide examples of: