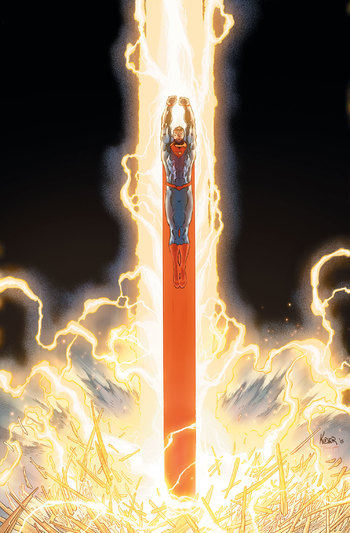 Superman: Savage Dawn is a Superman family crossover story arc published in 2016. It is told in the Action Comics, Superman/Wonder Woman and Superman titles. The writers in charge are Greg Pak, Peter J. Tomasi and Gene Luen Yang. Superman Annual #3, released in December 2015, serves as a prologue.

Savage Dawn is the conclusion of the story started in Superman: Truth, which saw Superman lose a significant portion of his powers and be forced to go on the run. Vandal Savage, the villain responsible for Superman's predicament, reveals his plan to Take Over the World and has captured the Justice League. To stop him, Superman must save his allies and reclaim his lost powers.