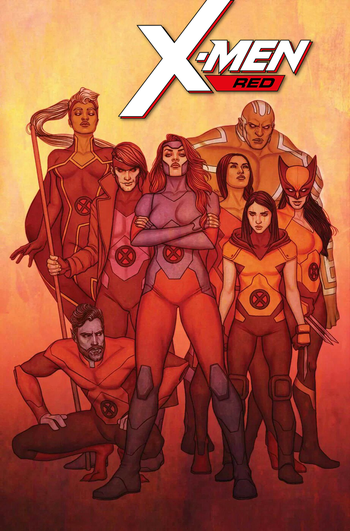 Following Jean Grey's resurrection, the revived heroine assembles a new team of X-Men to fight an evil that is targeting the legacy of her former mentor, the late Charles Xavier.

See also: its colour-themed sister titles of the era, Gold, Blue, and Black. Red ended after eleven issues to make way for the Age of X-Man event.

A relaunch of this title, published as part of the Destiny of X era, began in 2022. The new series has a completely different premise, serving as a continuation of S.W.O.R.D. (2020) with Storm now in the lead role as the first regent of Arakko.