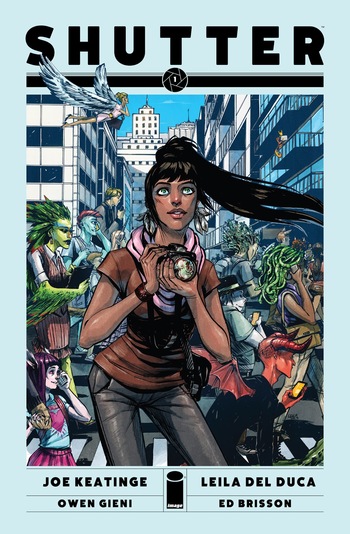 In a world more fantastic than ours, Kate Kristopher was an explorer with her father. Until she wasn't, after his death.

Fortunately for her, she gets roped back in as her supposedly dead father's secrets come out, and Kate is on the adventure of a lifetime, gathering friends and family to fight the world-controlling Prospero.

Shutter is written by Joe Keatinge and drawn by Leila Del Luca. It is published by Image Comics and is a 30-issue series.