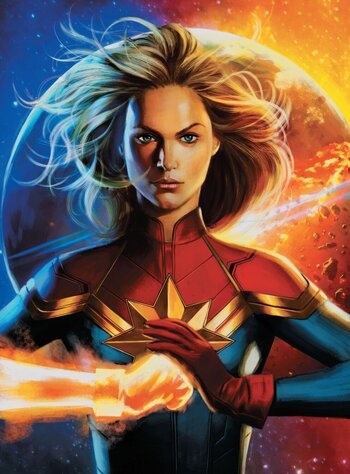 The tenth volume of Captain Marvel, written by Kelly Thompson and drawn by various artists, began publishing by Marvel Comics in January 2019.

Set after The Life of Captain Marvel, wherein Captain Marvel (Carol Danvers) learned she is actually half-Kree by birth, this volume is comprised of following stories:

Not to be confused with 2019's Captain Marvel, the character's live-action debut in the Marvel Cinematic Universe, released within a month of this volume's debut.