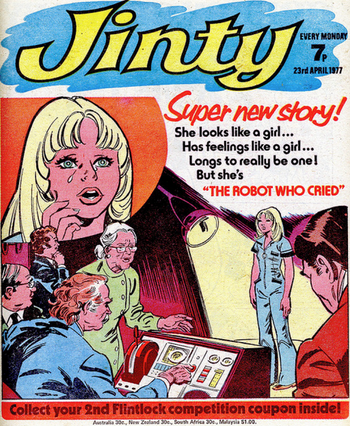 Jinty was a weekly British comic for girls published by Fleetway in London from 1974 to 1981, at which point it merged with Tammy. While there were similarities with its Fleetway stablemates Tammy and Misty, each comic had its own focus, with Jinty concentrating on science fiction or otherwise fantastical stories.