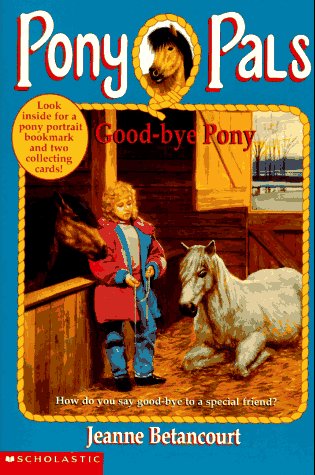 There is a type of girl who, while incapable of cleaning her bedroom even at knifepoint, will fight for the privilege of being allowed to spend the day shovelling manure in a stable.
— Soul Music
Advertisement:

Back in the day, horses were for men. Gentry cavorted about the countryside on hunters, often in pursuit of some hapless fox; farmers in the pre-tractor days worked the soil with teams of draft horses; and The Wild West hero would be only half a man without his trusty hoss. While women did ride (and drive), this was taken to be a mark of how gentle and tame the horses were: only a Man could control a genuinely spirited and powerful animal.

Around the 1930s and 1940s, however, something changed. The "horsy girl" was created, and the Pony Tale was born. Mainly seen as a British genre — and more often than not, featuring an English setting — the story is only nominally about the pony. The real plot is about the Character Development of the protagonist (almost Always Female) via equestrianism.

The basic Pony Tale begins with a very specific type of heroine. Usually a misfit, or socially displaced in some way, she happens across a horse, or a riding school, or some experienced riders out for a gallop. Enchanted, she resolves to become a rider herself. After circumstances (however contrived) grant her a horse, the story follows her progress as an equestrian, with lovingly detailed descriptions of horse care, competitions and the technical aspects of riding along the way.

Our heroine makes no attempt to be "feminine." She doesn't put on make-up. She hates having to wear a dress when Great Auntie Gladys comes to visit. School is an evil institution whose sole purpose is to keep her out of the stable; she never has a large social circle, and she's usually either Book Dumb or smart but unmotivated. Her lack of interest extends to the opposite sex; about the only time she'll notice a boy is when he's got a pony with him. Oddly enough, on the rare occasion the hero is a young man, he'll be depicted as too sensitive or "feminine" to fit in with the other boys — a daydreamer, for example, or a Non-Action Guy in a world of athletes.

The Pony Tale doesn't strive for originality. This is an extremely formulaic genre, with stock plots, stock plot twists, stock characters (including stock horse characters, no pun intended), and a set of stock tropes.

While this genre has a lot in common with A Boy and His X, there's a twist to it, other than the obvious gender flip. The former concerns itself with achieving "manhood", whereas the Pony Tale is not (usually) concerned with achieving "womanhood." The regulars of the stables are almost genderless. Romantic plotlines are rare, and the two sexes will regard each other as equals, at least until the obligatory loudmouth declares a battle of the sexes. This is Truth In Television to a great extent: the Equestrian Sports are one of the few arenas in which the two genders compete on equal terms. The stables are a culture unto themselves, and unless they give up riding, they are the centre of the protagonist's world. This is less true in North America, as everyone over there wants to see a You Go, Girl! story about a girl triumphing where others said she couldn't.

However, this genre is extremely prone to Growing Up Sucks. Ironically, while male heroes may be few and far between, it's the men who are more likely to pursue their equestrian career past adolescence. All too often, the formerly tomboyish, independent female lead will discover boys, decide that her love of horses was just a sublimated desire to get married and have babies (bear in mind how many ponies have much in common with the Troubled, but Cute boyfriend) and quit riding altogether. Some authors avert this by ending the series/novel while the heroine is still young. It's very rare to see a highly talented female rider actually make it to the Olympics or the World Equestrian Games, or even keep her love of horses as she grows up and gets a job. A larger issue that the genre often avoids is the reality that competing a horse at the top levels of the sport is spectacularly expensive, involving animals worth hundreds of thousands of dollars, thousands a year in training fees, and very little chance of earning back an income comparable to expenses. Few riders of either gender (though increasingly the top teams are evenly divided and the US has fielded show-jumping Olympic teams that were entirely female) can manage to make horses a viable full-time profession, at least in the dramatic ways expected in a Pony Tale.

The whole genre is rapidly becoming a Dead Horse Trope (no pun intended), on its British turf at least. There could be a number of factors to this, often contradictory ones. In the media age, it could be that riding is getting less popular, compared to video games and celebrity culture. On the other hand, some claim that horses are more accessible now, meaning that anyone who wants to go riding can; they don't have to rely on books for wish fulfillment. Almost certainly a factor however, is the genre's vanishing demographic; its target audience, 7- to 14-year-old girls, are increasingly being steered towards the "feminine" culture of fashion, cosmetics and boyfriends rather than the tomboyish Pony Tale heroine. However, the feminine association with horses remains. Just count how many "fashion doll" lines feature a pony range. Alternatively, a new type of horse story, aimed at a younger demographic, is emerging that features more traditionally feminine characters who can ride a horse without damaging their manicure.

Not all horse stories are Pony Tales: see below for details.

See also: A Boy and His X and All Girls Like Ponies.

Horse stories that are not Pony Tales: