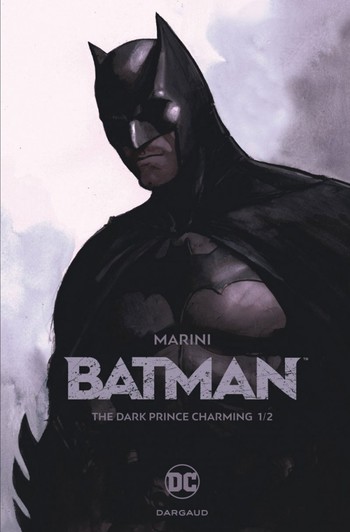 Batman: The Dark Prince Charming is a comic book written and illustrated by Italian author Enrico Marini (known for Raptors, The Scorpion, The Eagles of Rome and other works). It is set in its own Alternate Continuity.

The Joker is back in action. For Harley Quinn's birthday, he organizes a jewel robbery that goes south for him. Meanwhile Bruce Wayne learns that he might have an illegitimate daughter with a waitress who now requests alimony.

The series is notable for being the first Franco-Belgian Batman comic book in a partnership between DC and French publisher Dargaud. The first issue came out in November 2017. The second issue came out in June 2018.