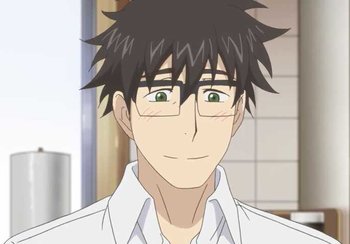 A widower and math teacher who has raised his daughter alone since the untimely passing of his wife. 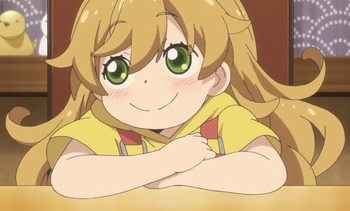 Kouhei's daughter. A cheerful kindergarten child who Kouhei tries to cook for with the help of Kotori. 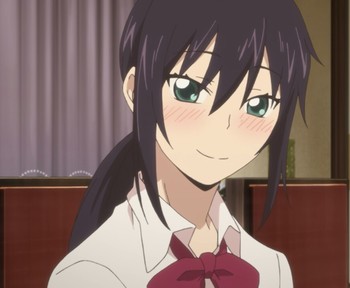 One of Kouhei's homeroom students. The daughter of a TV-famous restaurateur, Kotori invites Kouhei and Tsumugi regularly to make use of her mother's restaurant in-absentia to learn how to cook together.

Kotori's energetic best friend and schoolmate from another classroom. Her family runs a vegetable shop and she supplies Megumi and Yagi's restaurants. She sometimes frequents the restaurant with Kouhei and Kotori.

A high school friend of Kouhei and a professional chef. He sometimes babysits Tsumugi and frequents Megumi's restaurant to cook with Kouhei and Kotori.

Kotori's single mother and the owner of the restaurant. She's a celebrity chef who frequently appears on TV, making her largely absent from her business. She provides many of the recipes that Kouhei and Kotori follow.

Kouhei's late wife and Tsumugi's mother who died six months prior to the start of the series.