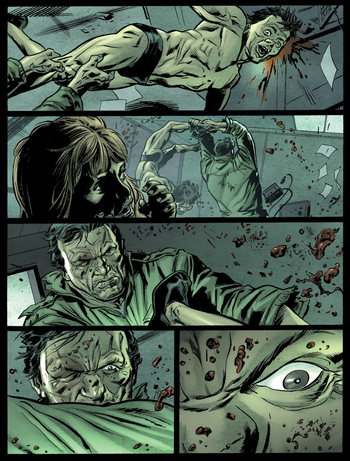 This is why you do not wanna fuck with a Papa Wolf.
Advertisement:

Due to the sheer of amount of badassery that takes place in this series, we've broken up the examples into folders that each cover a single arc of the story.

Be forewarned, however - a majority of spoilers are left completely unmarked, so view at your own risk.