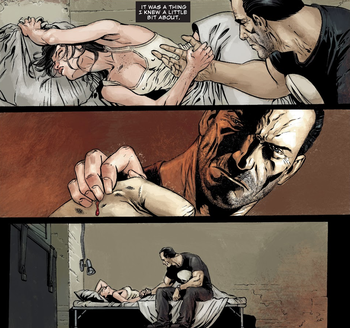 One survivor of the long, cold dark comforts another.
Advertisement: