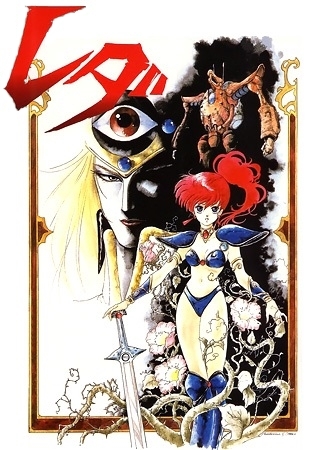 Genmu Senki Leda is a fantasy OVA from 1985 about Yohko, an Ordinary High-School Student who is in love and unable to confess her feelings. Her angst inspires her to compose a piece of piano music that much to her surprise acts as a magical trigger and transports her to another world called Ashanti. There she learns that she is the legendary warrior of Leda and is tasked with bringing down the evil Master Zell who wants to use Yohko's composition for his own nefarious purposes.