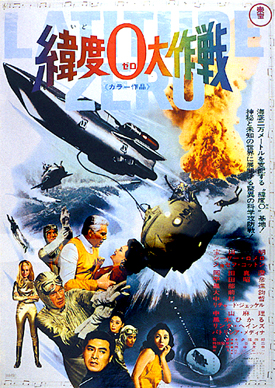 Latitude Zero is an interesting case of a movie with an all-star cast as well as Toho's dream team. Plus, it's also an interesting non-kaiju film in which Haruo Nakajima plays monsters only nearly human-sized instead of a 50 foot monster.

This film shows the examples of: