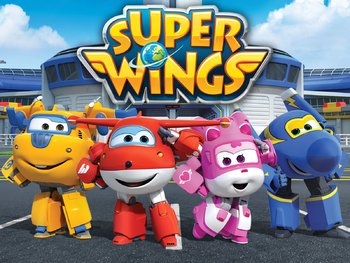 Super Wings is a South Korean-Chinese-American animated series with an English dub distributed by Sprout. The series is about an airplane/robot named Jett whose task is to deliver packages to children around the world.