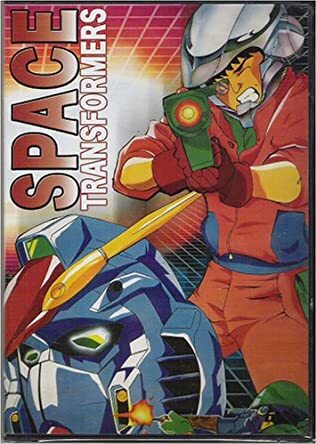 "So basically, it's The Fantastic Voyage but with giant robots and Robin Hood's Merry Men."
— An archive.org user summarizes
Advertisement:

Micro-Commando Diatron-5, better known as Space Transformers, is a perplexingly insane and incredibly low-quality pseudoanime straight from South Korea. The plot focuses around a Cyborg woman named Ivy, who defends the entire universe from enemies with her built-in evil-sensing computers. The enemy infects her with a virus. Now the only one to save her is Diatron-5, a Humongous Mecha shrunk down to microscopic size that goes in to fight the bacteria. Two kids, a battle station called the "Star Wars" and Diatron's inventor join her in the battle against evil. Evil being an androgynous woman named Mary, her brother with blue skin who looks suspiciously like Spock and their fleet of robots and forest green demon-like aliens.

It was dubbed twice; first with an American-sounding cast under the name Micro-Commando Diatron-5, which can be viewed here

, and later on under the name Space Transformers with a British-sounding cast (some being from Space Thunder Kids as well), released by infamous producer Joseph Lai, that can be downloaded here.

Bits and pieces of the film were redubbed and incorporated into Space Thunder Kids by Joseph Lai, in the same manner as the Godfrey Ho Ninja Movies.