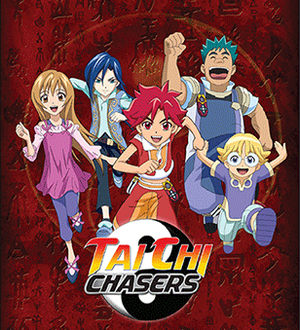 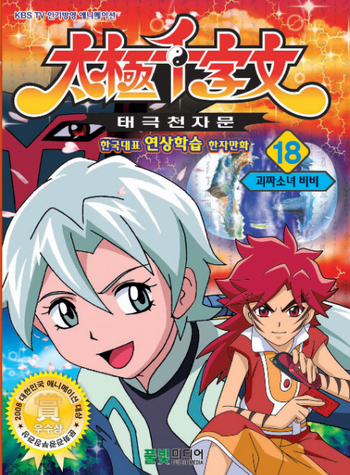 After a strange and devastating attack on his home, a young boy named Rai is shocked to discover that he's a secret descendant of the Tigeroids: an ancient race of peaceful beings locked in a struggle with the ruthless and cunning Dragonoids. In a parallel universe called Suhn, the Tigeroids and Dragonoids are battling furiously to recover 500 lost tai chi characters. Whoever retrieves these precious and potent symbols will possess the ultimate power to rule their realm…and destroy their enemies. As Rai hones his innate tai chi skills to fight the Dragonoids, he must find the lost tai chi and battle to become one of the champion Tai Chi Chasers!

Licensed by 4Kids Entertainment, it's notable for deviations from the usual card game show formula in that the cards (the Tai Chi Characters, which, surprisingly for a 4Kids dub, are kept foreign) act more like spells, weapons and techniques, and that the heroic Tigeroids and the evil Dragonoids fight each other instead of relying on monsters.

In Autumn 2019, A third season landed and streamed on Daily Motion in English until Summer 2020. It's obvious that A special where Both the operation dragon strike 2 parter to make a Special on daily motion on May 2017. It was reuploaded without bugs in vimeo In September 2021. The 3rd season was split into 2 chapters. The Southern Suhn Arc in Episodes 1-7, and The Northern Suhn Arc in Episodes 8-13. Even though is English. It has Japanese audio

The actual spy for the Dragonoids is none other than Elder Sid.