What Could Have Been / Metroid 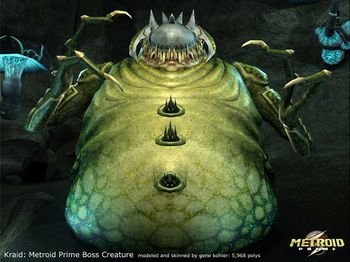 Kraid as he was planned to appear in Metroid Prime.
The Metroid franchise has seen its share of cancelled games and scuttled concepts: