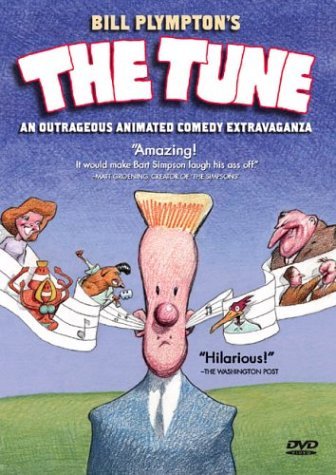 The Tune is an Animated Musical by Bill Plympton and his first feature film.

Del works as a songwriter for Mega Music, under the obnoxious Mr. Mega, whose secretary, Didi, he's madly in love with. One afternoon, Del is given 47 minutes to come down to Mega's office and present him with a hit song or be fired. On his way, he drives into the strange land of Flooby Nooby, where things... get weird.