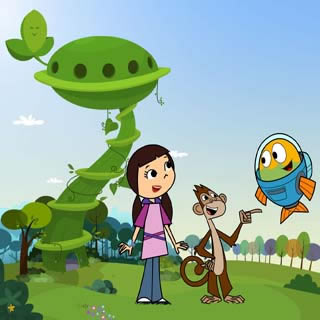 Fishtronaut is an enviro-friendly animated mystery series in which Secret Agent Fishtronaut goes on slimy, furry and gooey adventures with his best friends, gal pal Marina and Zeek. Originally a Brazilian show titled Peixonauta, it was imported to the United States by Discovery Kids.

Targeting 3- to 6-year-olds, the series explores the world's many mysteries above and below water in a unique and entertaining way.