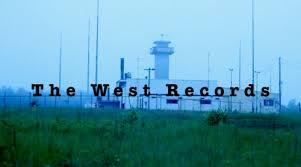 The West Records is a Surreal Horror web series following the life of cameraman Randall after a trip to an Abandoned Area goes very bad. He winds up trapped in the woods for two weeks but the weather there and time suggests he was there for much longer.

After escaping from the woods, the video quality seems to deteriorate, as does Randall's mental and physical well being. The series can be watched here