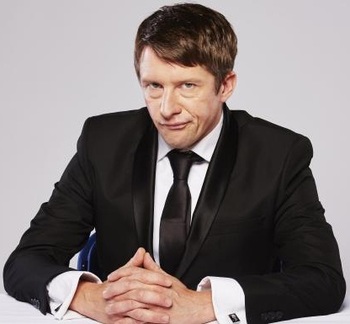 is a fictional journalist created by comedian Tom Walker. Working for a news company he perceives as biased, Pie rants between takes about how ridiculous the stories he has to tell are. The premise, mostly, is that he uses these rants to calm down in order to deliver the next take with a straight face.

The series became famous after a rant about how Trump won the 2016 presidential election struck a chord with a number of frustrated voters. Some even missed that it was satire.

Though he appears live

around the UK, Walker says he deliberately uses a web-friendly format.