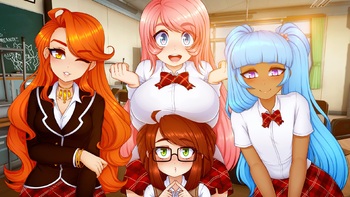 Lugame Lunchtime Games Club! is a romantic comedy, slice-of-life Ren'Py-based Visual Novel by H. Hochkins, who also developed the board games Buck: Legacy and BAKA!.The visual novel can be accessed via Steam and itch.io.

You (aka Yuki) are an ordinary high school student who befriends four cute girls and joins a club together to make friends and avoid responsibilities.

The club members are: