Video Game / Sydney Hunter and the Curse of the Mayan 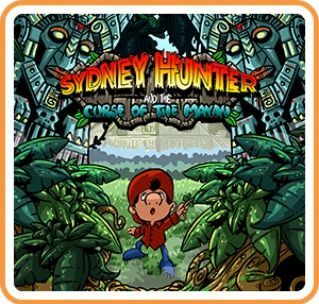 Sydney Hunter and the Curse of the Mayan is a Retraux Metroidvania Platform Game by CollectorVision Entertainment Games. It is the fourth game in the Sydney Hunter series.

Sydney Hunter is a simple geologist doing a survey of the topography in Central America one day, when he spots a Mayan Pyramid in the distance. Feeling compelled to investigate, Sydney heads right for it. He climbs to the top, steps inside, and is trapped when the door shuts behind him. With no other options, Sydney decides to go and explore this ancient ruin.

While he's doing this, the Mayan deity Kukulkan steals the Mayan Calendar "Haab" and scatters it throughout multiple temples in the pyramid, hoping to stop the end of the cycle, and the resulting five days of bad luck that are supposed to come of it. Problem is, by doing this, Kukulkan has put time at risk of freezing for all eternity. So, now Sydney needs to confront the Mayan Pantheon, defeat them, and reassemble Haab before it's too late.

Sydney Hunter and the Curse of the Mayan contains examples of: