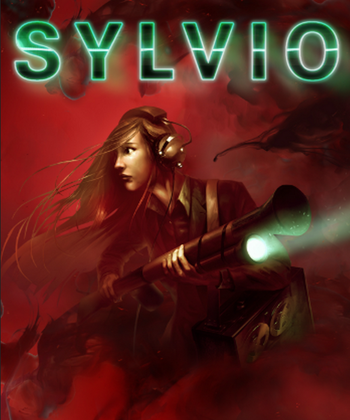 My name is Juliette Waters. I work as an audio recordist specialized in EVP: Electronic Voice Phenomena. Or as my friends say, I'm a ghost recorder. But I like to see it more as a two-way communication. I'm intrigued to know why they chose to linger in between the worlds. Or maybe they didn't choose at all. Maybe something is holding them back. Maybe I can help them take that step into the light. I don't know, but I can hear them. They're talking. And that's why I record.
Advertisement:

Sylvio is a 2015 first-person horror title by Apostrophe. It follows Juliette Waters as she attempts to communicate with lingering ghosts at the Saginaw Family Park, which has been closed for decades following a disastrous landslide. As usual for this sort of thing, there's more to the park than meets the eye.

Sylvio was initially released for PC on Steam, and was then ported to Playstation 4 and Xbox One in 2017. The sequel, Sylvio 2, was also released in 2017.