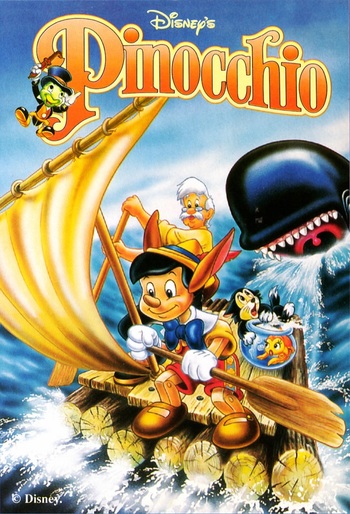 A Licensed Game based on Disney's 1940 animated film, Pinocchio, developed by Virgin Interactive, and released in 1995 for Sega Genesis and 1996 for the Super Nintendo Entertainment System and Game Boy. A Sega 32X version was planned, but cancelled due in part to the 32X's commercial failure.
Advertisement:

The game is an action platformer with nine (seven in the Game Boy version) different levels based on scenes from the movie. You play as Pinocchio and Jiminy in their quest to turn Pinocchio from a puppet to a real boy.