For the characters from the original story see The Adventures of Pinocchio. 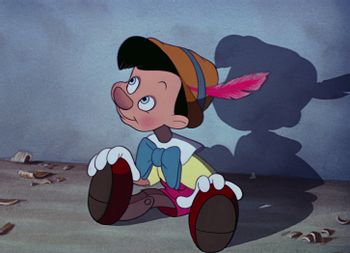 The young puppet protagonist, given life by the Blue Fairy. If he proves himself brave, truthful, and unselfish, then he will one day become a real boy. 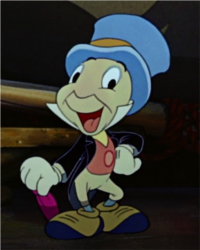 A homeless cricket who takes the job of being Pinocchio's conscience, giving him moral advice... which is usually ignored. 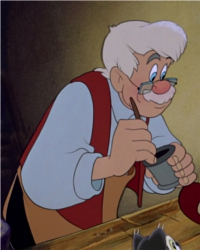 A kindly old woodcutter and toymaker who was never able to have a son of his own. One night, he wishes upon a star, and Pinocchio comes to life. 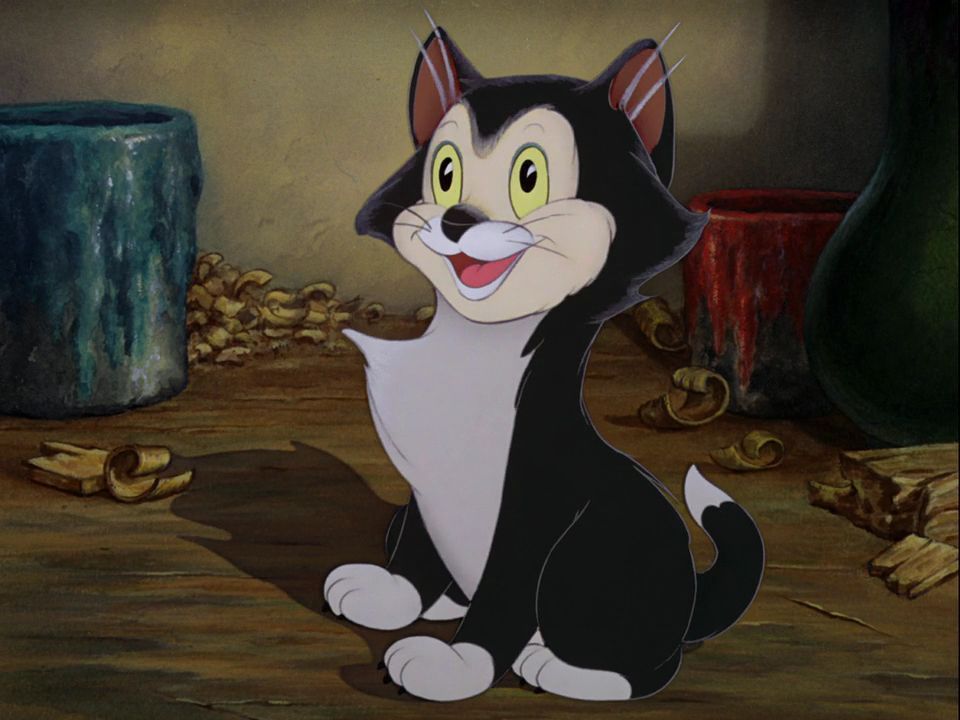 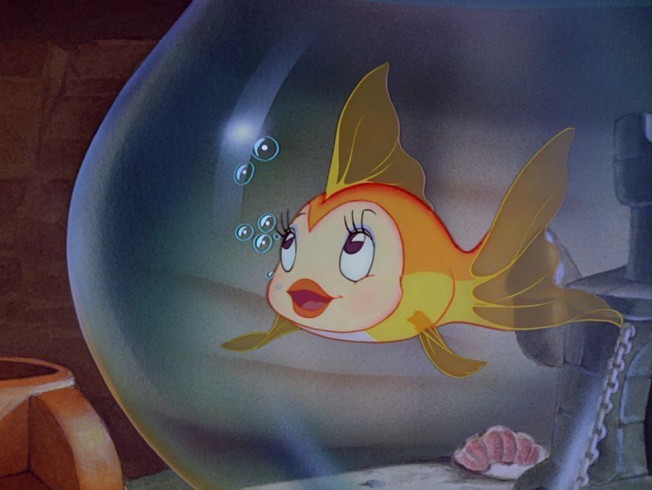 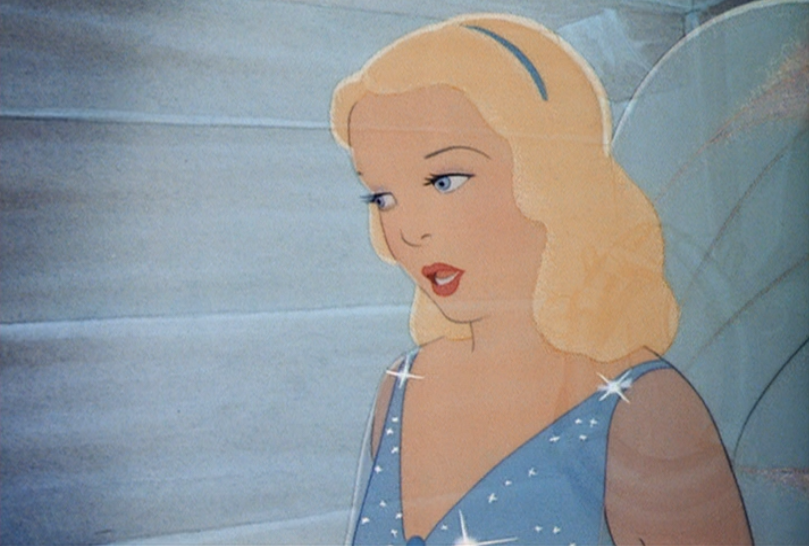 The Fairy who brings Pinocchio to life. She also aids Pinocchio and Jiminy Cricket throughout their adventures, both directly and from afar. 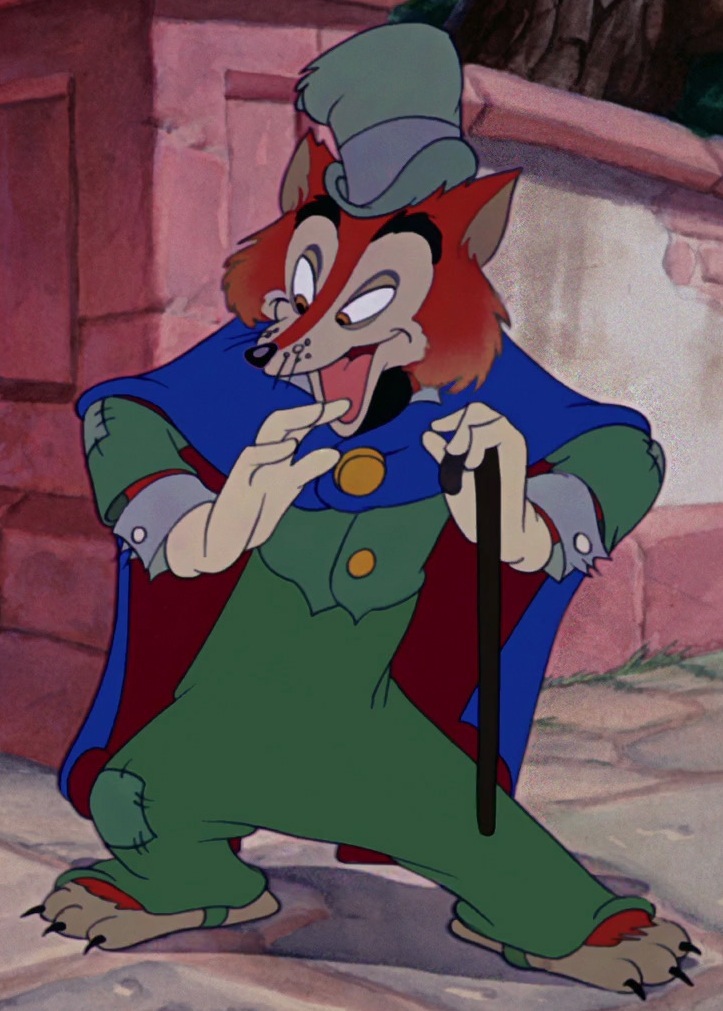 A sly anthropomorphic red fox and one of the antagonists. A professional con artist who tricks Pinocchio twice in the film. 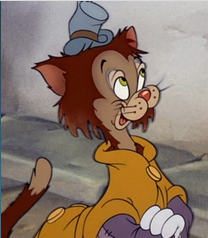 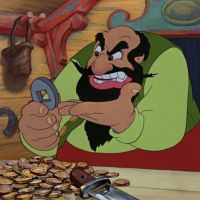 "WHAT'S THIS!?"
Voiced by: Charles Judels, Thurl Ravenscroft (Disney on Parade), Ray Templin (Disneyland); Pierre Garin (European French dub)
"And when you are growing too old, you will make good... FIREWOOD!" 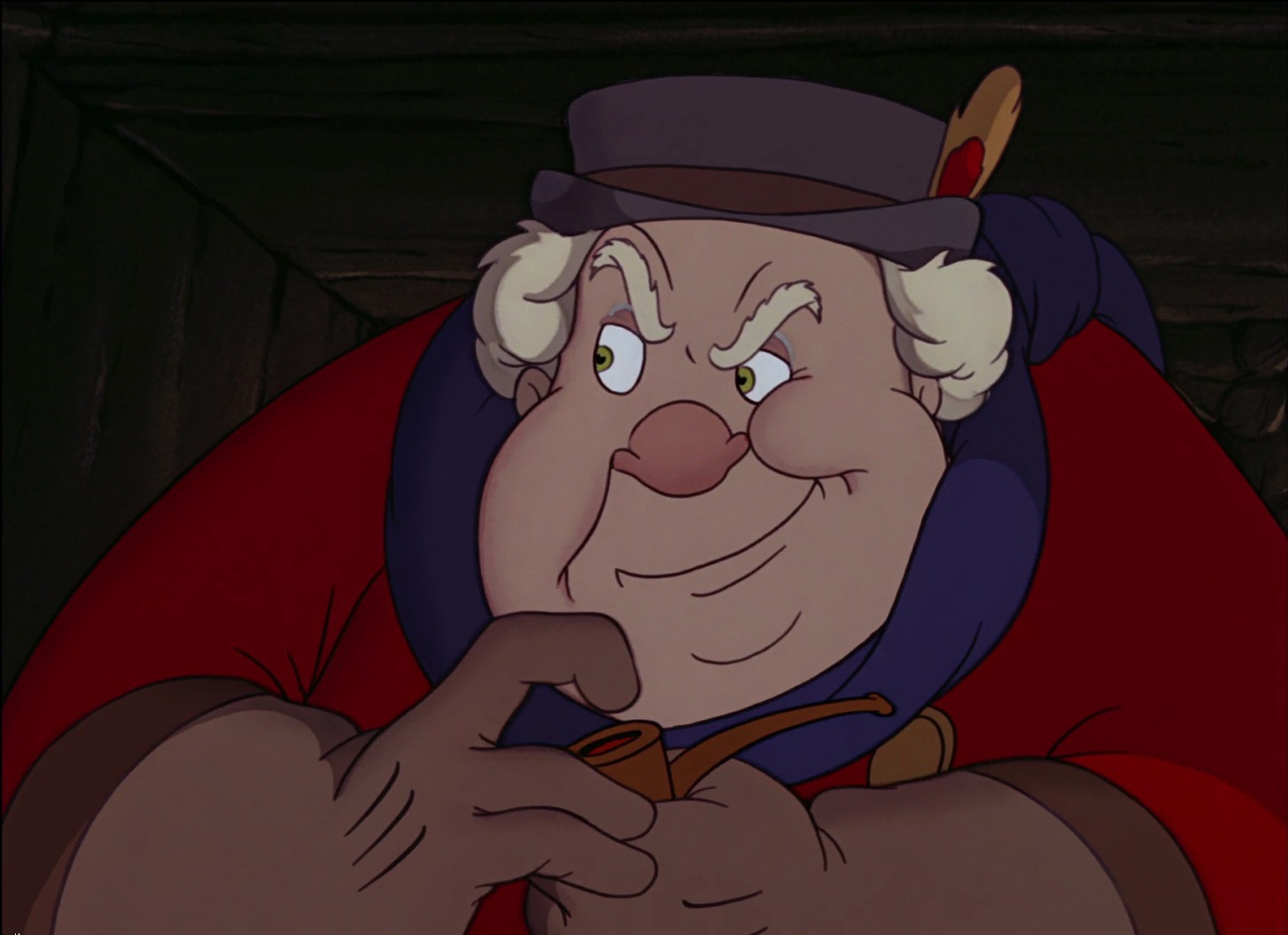 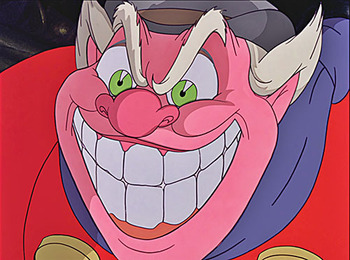 The devious and sadistic owner and operator of Pleasure Island, who enjoys turning unruly boys into donkeys. 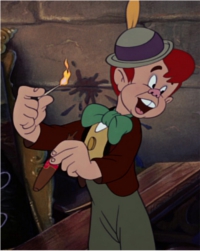 A naughty boy that Pinocchio befriends on his way to Pleasure Island.

Monstro is an enormous whale and the antagonist in the third act. 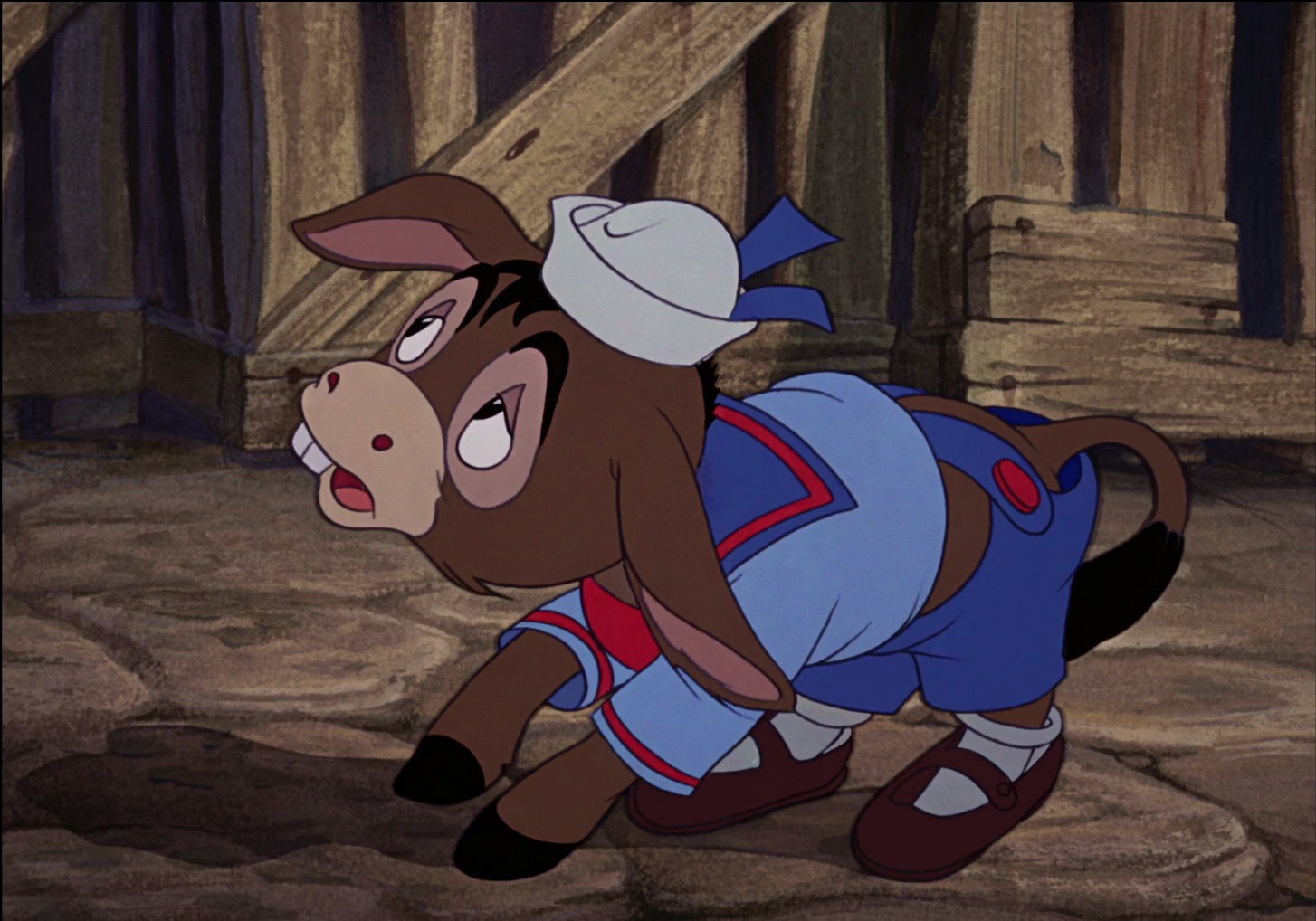 He was a naughty boy who went to Pleasure Island. Like all of the other boys who went there, he did all kinds of bad behavior, such as fighting, smoking, drinking and gambling (to name a few).