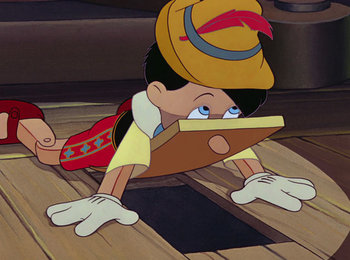 He's got no strings to hold him down... but that floorboard seems to be doing a pretty good job.